The new Hospital is located at the eastern end of the city, in a newly developed area. Its main façade faces the street running to the town centre. Access is via a large porch, with a glazed façade, to encourage the interior-exterior relationship and welcome visitors. The more public part with a dark ceramic base can be told apart from the more residential part that is light, with large dark slatted windows

Organisation and layout // This building is formed by a ground floor and two upper floors, with a part on the roof as an installations gallery. The building is organised in a U-shape to adapt to the geometry of the site, flanking Road G, which is where all pedestrian and user accesses to the building take place, as well as vehicle access for services. The main entrance to the building is through a large porch, with a double entrance to the medical and social services centre and the Day Centre. Access by services is through the side of the building nearest to the street known as Calle Urgell, the main connection to the city and in contact with the area of services, waste and supplies.

Singularity // The structure of the building is post-tensioned. The flat roof of the building is built using the same type of construction and two different finishes that match the areas of the two types of floor structure, that of the ground and first floors and that of the roof floor. In both cases, this involves an inverted, transitable roof system that is basically formed by three elements that are dry installed on the previously regularised floor structure. This demand is also included in the walls, skylights or tall elements to which the connection to or end of waterproofing is made

Sustainability criteria // Heat insulation using natural materials such as rockwool, which as well as being ecological are the same or more effective that polyurethane or polyethylene insulation. The windows have been designed with a frame and vertical slats that protrude from the façade for better sun protection, as well as crating a rhythm on the façade that contrasts with the horizontality of the building. 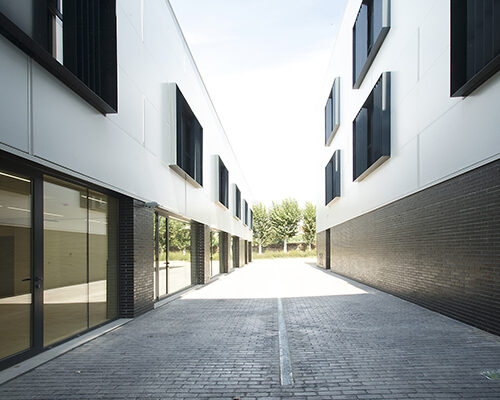 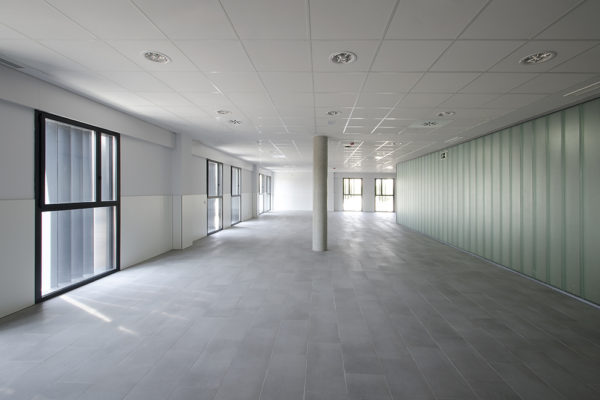 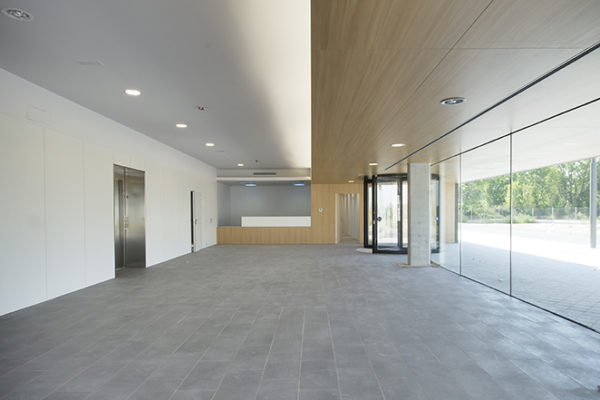