This project responds to the complexity of the site, with a building that relates to both the urban and the natural environment. A low building is proposed, which adapts to the topography of the land and that orders the exterior space to facilitate access to the Health Centre, offering the city a new public space

Adaptation to the environment // The building is constructed along two parallel bars in a direction following Passeig de la Circumval·lació. Movement between the two bars leads to a square that represents the prolongation of Avinguda Onze de Setembre. The entrances to the Health Centre are in this square, so that the influxes merge on it.

The patio located between the two bars is transitable and offers many different visuals, making the building longitudinally permeable.

Organisation and layout // The ground floor is home to the consulting rooms along the two bars. These are located on the façade facing the city to create an opaque skin, whereas the waiting rooms open up onto the river through large windows.

The administrative and personnel support rooms are located on the basement floor to separate uses into levels.

Singularity and character // The building is located on a very characteristic site due to its different heights, as well as being in front of the river.

The project adapts to these characteristics and opens up onto the river to make the most of the views. 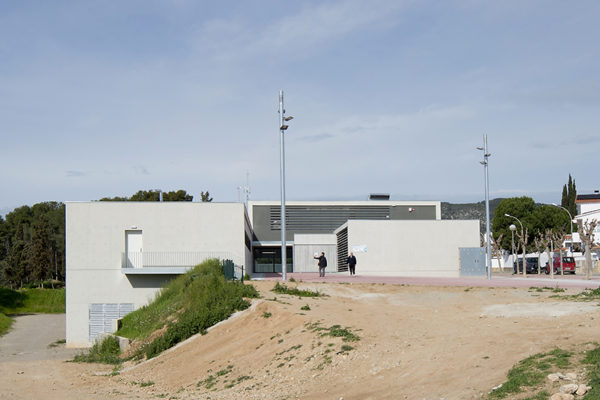 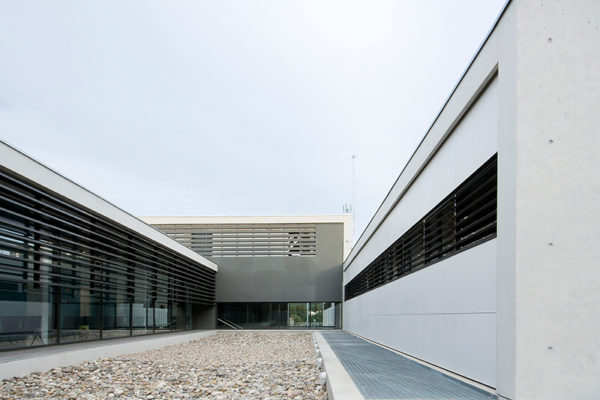 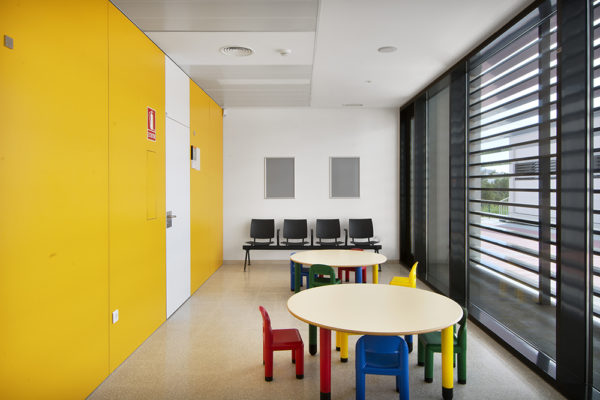 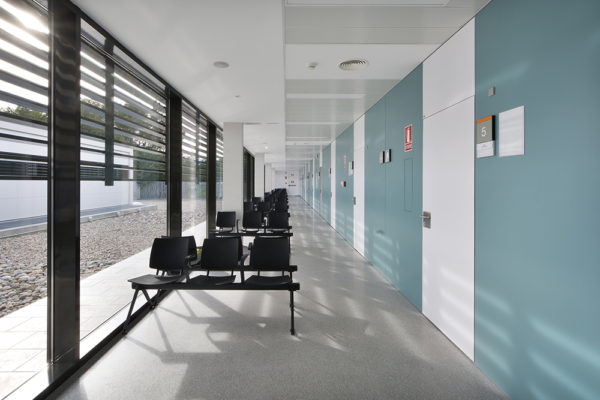